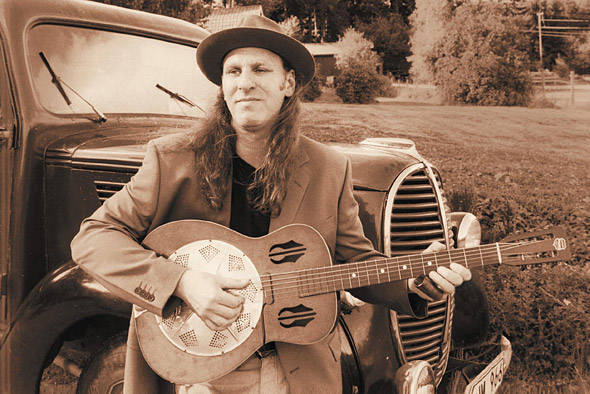 Brian Kramer from Brooklyn was barely out of his teens when he began hanging out with legendary blues men, picking up tips and advice from folks such as Buddy Guy and Junior Wells, whenever they visited his hometown of NYC. Junior Wells took a particular liking to Brian and paid careful attention in showing him the right moves and how to play from the heart.

In 1989, Junior joined Brian on his first record, Brian Kramer and the Blues Masters featuring Junior Wells, Win or Lose, with Junior backing up Brian on almost every track and Brian supporting Junior on four of his songs. On these sessions were a gathering of the finest, most respected sidemen in the US, as well as former Rolling Stone, Mick Taylor.
Throughout the 90s, Brian toured and continued to be a fixture within the New York club scene, performing frequently with the great Blues Man Larry Johnson, until relocating overseas to seek a broader range of opportunities.
Based in Sweden, Brian began to be featured on the tracks of several established artists, steadily becoming an active part of Scandinavia’s club and festival scene.
Brian joined internationally acclaimed artist Eric Bibb, on four successful coast-to-coast tours of the US and Canada, England, Scotland, Ireland, France, Germany, Scandinavia and Japan.
Brian was featured on Eric’s Home To Me album, his National slide guitar present from the opening notes of the first track to the final riff of the last cut.
2001 saw the international release by Blue Armadillo Records, UK, of   Larry Johnson featuring Brian Kramer & the Couch Lizards, Two Gun Green, reuniting Brian & Larry in the studio with Brian’s band. Legendary Blues producer/historian Samuel Charters wrote in his liner notes for this album; “The group working with Larry on this album reflects some of the new realities of the blues… We’re deeply fortunate he’s here with Brian and the Couch Lizards to lay it down for us.”

Brian has released a series of albums in his own name in the following years;
No Regrets (Armadillo), Everybody’s Story & I Want My Illusion (BKB) were very well received in local and international press. He has toured throughout the UK, US, Poland, Thailand and Netherlands during this time.
In 2007 he was invited to perform and conduct workshops by the Dept. of Culture at one of the largest cultural festivals in South Africa. Specifically with Brian in mind the Aardklop festival in collaboration with Brian initiated the “Empowerment through Music” program where he was able to meet with many young musicians in the local Township area and share his ideas on how to use music in a positive, value creating way.

Just prior to this event Brian collaborated with the great World/Blues man, Taj Mahal on a recording “Cross Boundaries” to be used on a promotional CD for the Aardklop festival that included local South African musicians.
Over the years to follow Brian continues to release albums independently through his own label; BKB Music (distributed by Plugged Music) to great reviews internationally, notably his solo release; Myself and Mine as well as Full Circle with his current band line up and featuring the wonderful vocal talents of Isabella Lundgren, Kitto, Maria Blöm and other guests.
He is just as comfortable sitting in the producers chair with releases by a diverse selection of international songwriters.

When not on the road, Brian hosts his weekly International Blues Jam, originally at Club Stampen, now at Engelen every Saturday, which he started in 1998. These jam sessions proved to be fertile ground for nurturing Sweden’s hottest new young blues talents, many who have become shining stars within the Blues and Jazz community; Isabella Lundgren, Jasmine Kara, Anna Christoffersson and Lisa Lystam are just a few who have gone on to tour and release their own albums after fine-tuning their skills on Brian’s popular scene. In Jasmine’s autobiography she devoted most of a chapter to Brian’s impact on her discovering her love of Blues and Isabella Lundgren dedicated her debut CD It Had To Be You; “To Brian Kramer who taught me how to sing the Blues and to find my way back to music”.
They co-wrote the title track to Isabella's 2019 tribute to Bob Dylan, Grammy nominated, album release; Out Of The Bell Jar (Ladybird Music).

A quote from the book Encyclopedia of the Blues by Edward M. Komara reads;
“One important step in broadening the interest in blues music was the starting in the late 1990s of jam sessions in Stockholm by the American singer and guitar player Brian Kramer.”
The Tavla Foundation for the Arts, awarded Brian a culture prize in recognition of his positive focus within the environment with his music. Brian also conducts weekly workshops and guitar courses in Stockholm.
Brian has been a contributing writer of articles and in depth interviews for Blues Matters Magazine (UK) where he’s interviewed Blues Legend
Taj Mahal for the cover story.

2013 Brian had his debut novel; OUT OF THE BLUES published (Bullet Point Publishing)
“In Out Of The Blues,  Kramer draws upon his decades of experience to capture both the glamour and the day-to-day frustrations of a working musician in New York City’s rapidly changing nightlife. Alongside the personal and musical triumphs are the behind the scenes squabbles over money, strained relationships, and missed opportunities. A relative constant, though, is the redeeming force of the blues, helping Ryan Palmer rise—at least temporarily—above his woes.”
-Scott Barretta; author/Blues scholar.

January 2015 Brian Kramer was officially recognized and inducted into the BLUES HALL OF FAME as a Master Blues Artist along with the members of Brian Kramer Band.
July 10th 2015 after Brian Kramer Band's performance at Sweden's biggest Blues event, Åmål Blues Festival presented Brian with their prestigious BLUES AWARD OF THE YEAR - a hand sculpted trophy in Brian's likeness as well as a very large check!

Brian is available as a solo performer, with his duo, trio or full band
Contact Brian Kramer for all inquiries about live performances, workshops  and studio recording at;
briankramerblues@hotmail.com 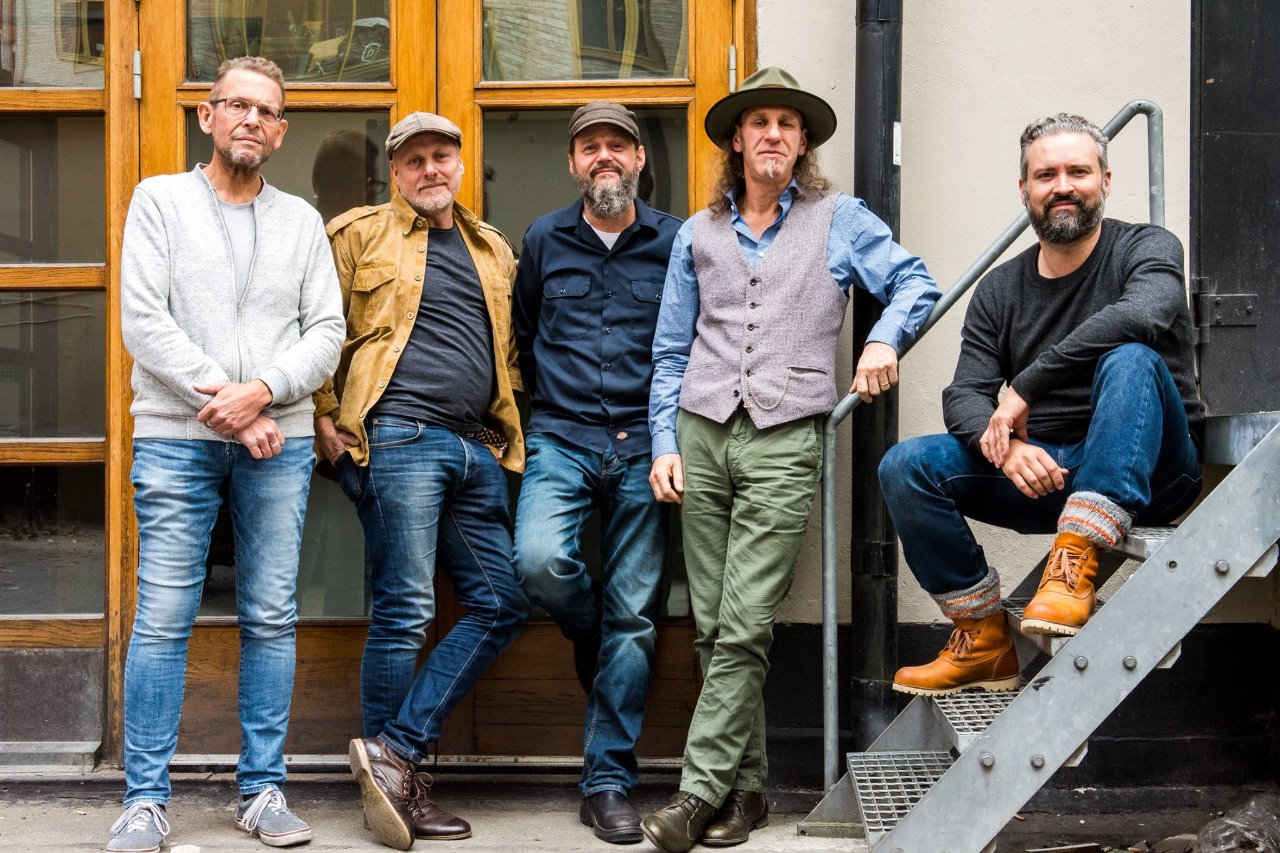